So June came, and I went to Italy to compete. Finished 2nd again - not gonna lie, I was pissed off. We planned another competition a couple of weeks after that, Portugal or Spain, but I said no. I knew what improvements I had to make and I needed a bit more time to make them happen.

So after my first comp mid June I went straight into prepping for the second one in November. First I wanted to go to Poland but then we learnt that the @ironrebelshow was gonna be organised again in November - and we went there with @abe.superman In May when he competed, so I changed my mind and I registered for Denmark.

I had to bring up my shoulders, especially my rear delts, so I started training them 3x a week. My glutes and hammies needed more shape, so that meant glutes and hammies 2x a week, and quads/full legs with glutes 1x a week. Are you keeping score? That meant Ꭵ hᎪᎠ ᏆᎾ ᏆᏒᎪᎥᏁ ᏆᎳᎥᏟᎬ Ꭺ ᎠᎪᎽ ᏆᎳᎥᏟᎬ Ꭺ ᎳᎬᎬᏦ... and this is exactly what I did for 6 months to get into the shape I needed for the @ironrebelshow in Denmark last weekend.

The competition season is upon us, and a lot of athletes struggle to get dry on stage. Here are the basics of how your body works when it comes to water balance:

The majority of fluid output occurs from urination. Some fluid is lost through perspiration (part of the body’s temperature control mechanism) and as water vapor in expired air.

The body’s homeostatic control mechanisms ensure that a balance between fluid gain and fluid loss is maintained. The hormones ADH (antidiuretic hormone, also known as vasopressin ) and aldosterone are responsible for this.

What does this mean: your body is smart, it will always try and restore the water balance.

If you drink too little water, it will retain fluid by the kidneys and reduces the urine output.

When you drink too much water, your body will try and push it out by increasing your urine output. Drinking too much water also increases the amount of water in your blood and your sodium and electrolyte levels drop. Sodium helps balance fluids between the inside and outside of cells.

When sodium levels drop due to excess water consumption, fluids shift from the outside to the inside of the cells, causing them to swell. When brain cells swell, pressure inside the skull increases. This pressure causes the first symptoms of water intoxication: headache, nausea, vomiting.

Over hydration happens when you drink more water than your kidneys can get rid of via urine.

But the amount of water is not the only factor. How long you take to drink the water also counts.Your kidneys can only get rid of about 0.8 - 1 liter of water per hour. Therefore to avoid water intoxication you should not drink more than 1 l of water per hour on average.

Extra care should be taken when you ‘load’ the water before a competition, and also when you rehydrate following a dehydration after a competition - don’t drink too much water at once.

Collagen is the most abundant protein in our bodies, especially type 1 collagen. It’s found in muscles, bones, skin, blood vessels, digestive system and tendons. It’s what helps give our skin strength and elasticity, along with replacing dead skin cells. When it comes to our joints and tendons, in simplest terms, it’s the “glue” that helps hold the body together.

When we lose collagen, our tendons and ligaments start moving with less ease, leading to stiffness, swollen joints and more. With its gel-like, smooth structure that covers and holds our bones together, collagen allows us to glide and move without pain.

A boost in collagen may help increase your metabolism by adding lean muscle mass to your frame and helping with the conversion of essential nutrients. One of glycine’s most important roles is helping form muscle tissue by converting glucose into energy that feeds muscle cells.

Collagen protein is the building block of your fingernails, hair and teeth. Adding collagen into your diet regimen can help keep your nails strong and possibly reverse signs of hair loss.

If you’d like to detox your body of harmful substances, improve blood flow and keep your heart young, collagen is extremely helpful. That’s because glycine helps minimize damage your liver experiences when it absorbs foreign substances, toxins or alcohol that shouldn’t be passing through it.

There are 3 main types of diabetes mellitus:

When insulin isn’t produced or acts ineffectively, glucose remains circulating in the blood, leading to a condition known as hyperglycemia. Long term hyperglycemia can result in the dysfunction and failure of various organs and systems, including the eyes, kidneys, nerves, heart and blood vessels.

The key players in diabetes are the pancreas and the liver.

The pancreas is both an endocrine and exocrine gland.

Exocrine means that it’s a gland that release its contents through a tube from inside to outside the body. It helps with digestion by producing important enzymes that break down food, which allows the body to absorb the nutrients.

The endocrine function primarily involves the secretion of the 2 primary hormones relevant to diabetes management: insulin and glucagon.

Insulin increases the storage of glucose, fatty acids and amino acids in cells and tissues and is considered an anabolic hormone. Insulin is a key player in the storage and use of fuels within the body.

Disorders in insulin production and signalling have widespread and devastating effects on the body’s organs and tissues. Glucagon is a peptide hormone produced by alpha cells in the pancreas. The pancreas releases glucagon when blood sugar levels fall too low. It opposes the action of insulin by raising the concentration of glucose in the blood.

Dietary carbs are not essential, however, the body needs glucose. The brain typically needs about 130 gr of glucose every day. Not all glucose has to come from the diet because the liver has the ability to synthesise it.

The liver serves as a warehouse for glucose storage and production. It can also produce fatty acids under certain conditions.

As blood glucose and insulin levels increase, the liver increases its absorption of glucose. Glucose is stored as glycogen. The amount of glycogen stored depends on circulating insulin and glucose levels. When blood glucose levels drop, insulin production falls. The shortage of insulin signals the liver to release its assets by sending glucose back into the blood to keep the body nourished.

When carb intake is restricted, it lowers blood sugar and insulin levels. As insulin levels fall and energy is needed, fatty acids leave their respected fat cells and enter the bloodstream. From here they’re taken up by specific cells and metabolised. Ketone bodies are molecules created in the liver, that are pushed into the blood stream where they’re utilised by skeletal and heart muscles cells as fuel. Also, the brain begins to use ketones as an alternate fuel source when blood levels are high enough to cross the blood-brain barrier. When this happens a person is said to be in nutritional ketosis.

Ketogenic diets are very popular because they suppress insulin and that seems to be very effective in the treatment and management of obesity and T2D. However the severe restriction of carbs (often below 30 gr) may increase the potential for hypoglycaemia of people with T1D.

Lipogenesis is creating fat within the body from glucose or other substrates. It takes place mostly in the liver. Lipogenesis occurs in the liver during times of calorific excess and overfeeding. The liver converts excess glucose to fatty acids. These fatty acids can be stored in the liver or transported via lipoproteins (carriers) to muscle and fat tissue for future fuel use or storage. The ratio that is stored or used is highly dependent on energy intake vs. energy expenditure.

In a healthy liver, insulin halts the production of glucose and instead promotes glycogen storage or generates fatty acids during times of energy excess.

The liver of a person with T1D has no internal break system. Insulin deficiency allows glucose production in the liver to go uncontrolled leading to hyperglycaemia and ketoacidosis if unmanaged. When there’s not enough insulin available, glucose cannot enter the cells for use as energy. Therefore the liver produces even more glucose in an attempt to provide energy for the starved cells, but because insulin is not available, none of this glucose can enter the cells. It builds up and starves the cells even further. Consequently, administration of insulin medication is needed to facilitate the entry of glucose into cells.

Prolonged elevations in insulin that result from an energy surplus increase the body’s ability to produce fat via the process of lipogenesis.

What makes a coach a coach? Who is a good coach? What qualities you think a coach should have? https://t.co/0eNZPt7Cep
View on Twitter
4
13

Casual stroll in the park https://t.co/hx7hr8ZkG5
View on Twitter
0
6

Happy Sunday guys 🎉 what are you up to? https://t.co/sdaMTYUJzF
View on Twitter 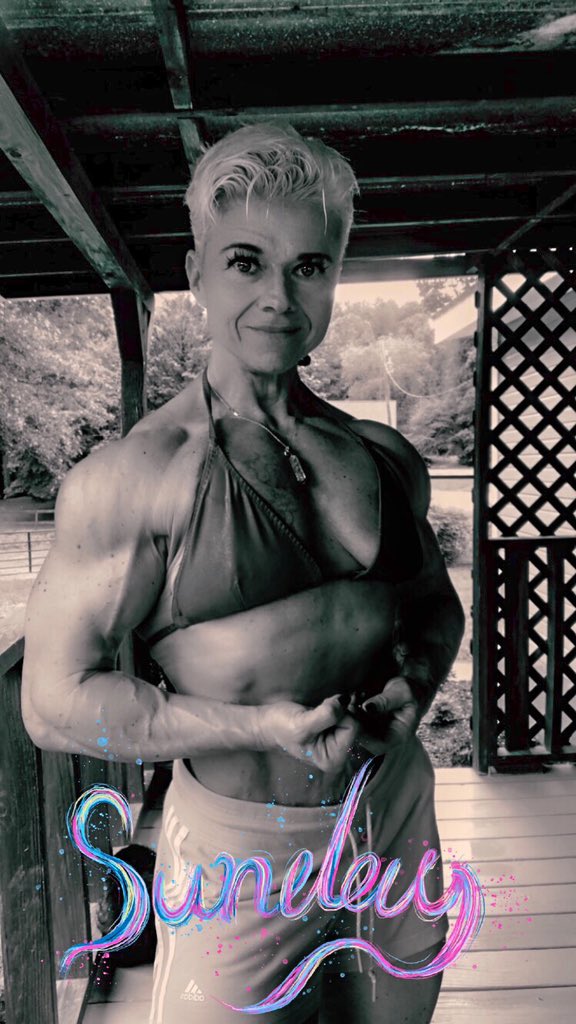 Just to put things into perspective https://t.co/zDztGSHguO
View on Twitter 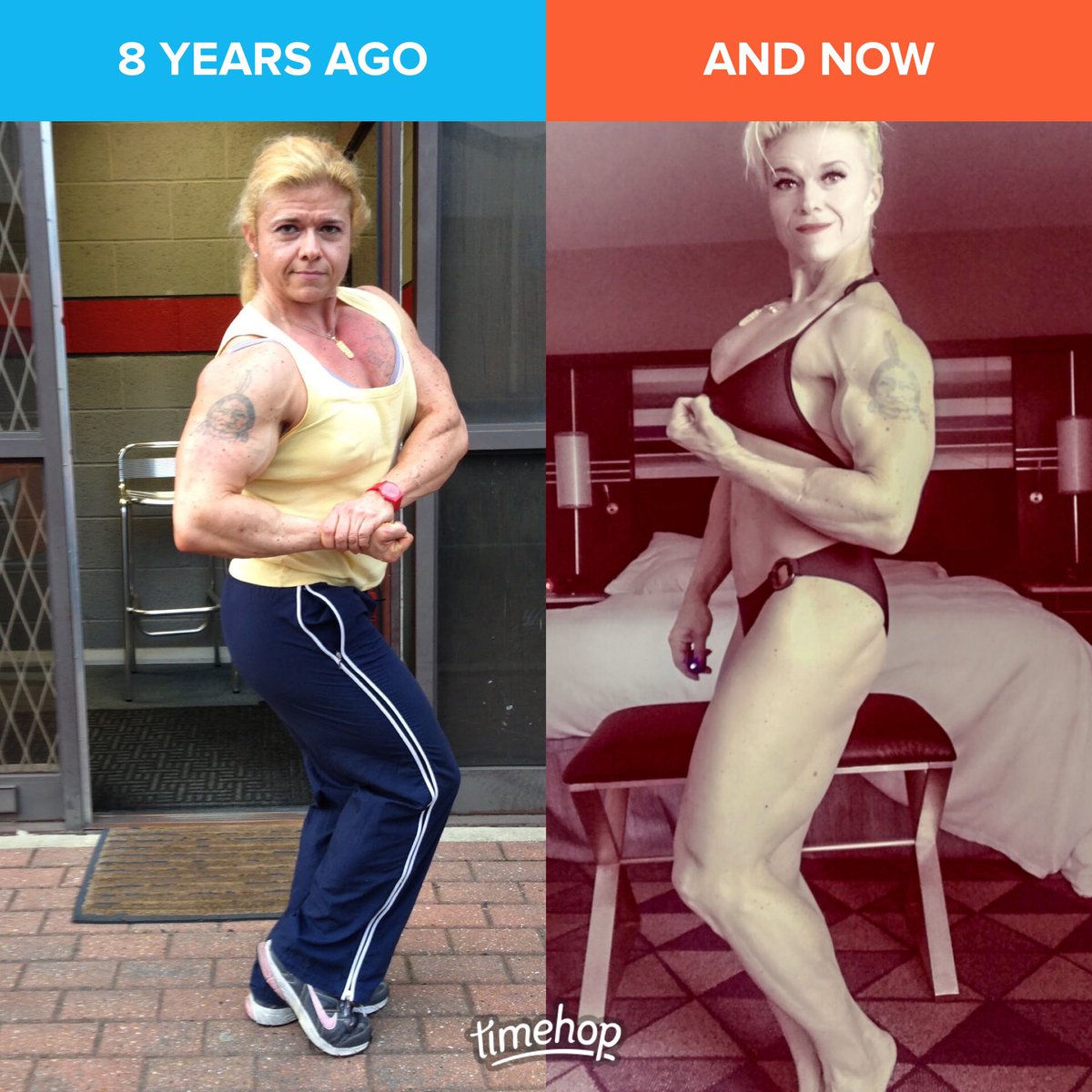 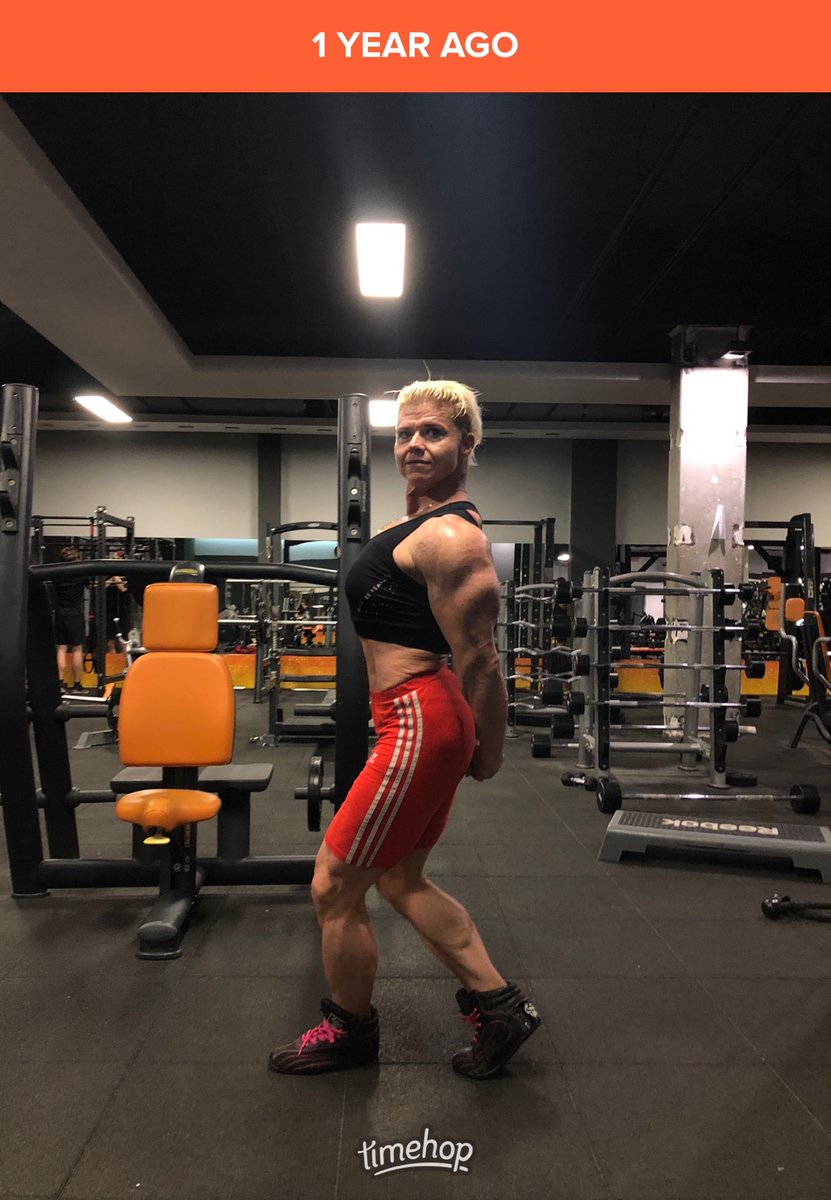 I kinda missed posting on here today. It was a busy morning, but here I am now https://t.co/uzGzBgYZrY
View on Twitter
1
20 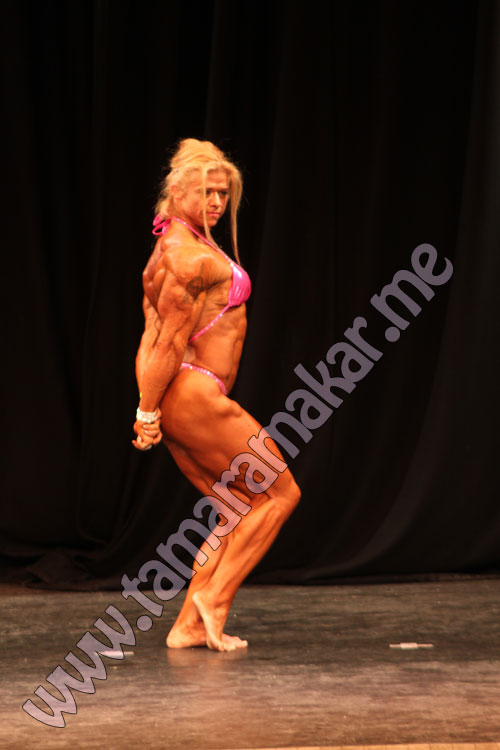 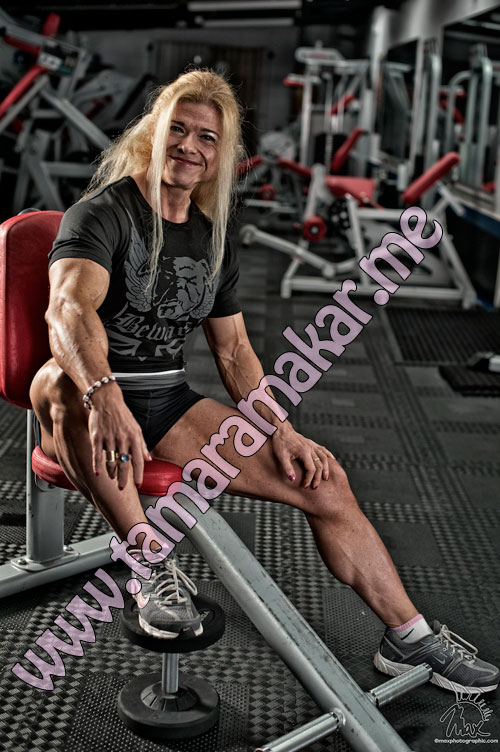 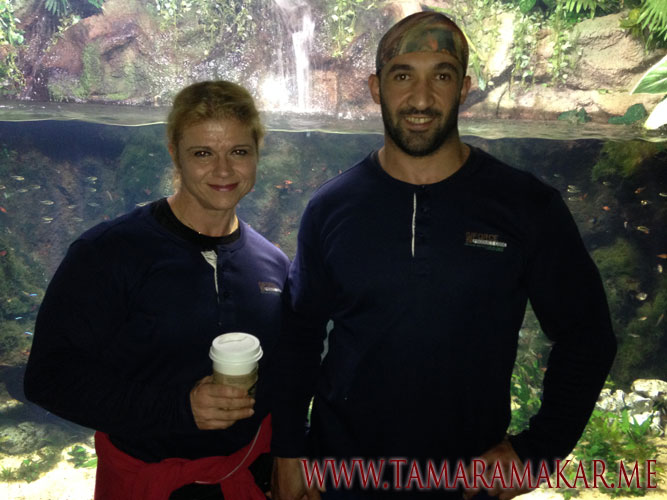 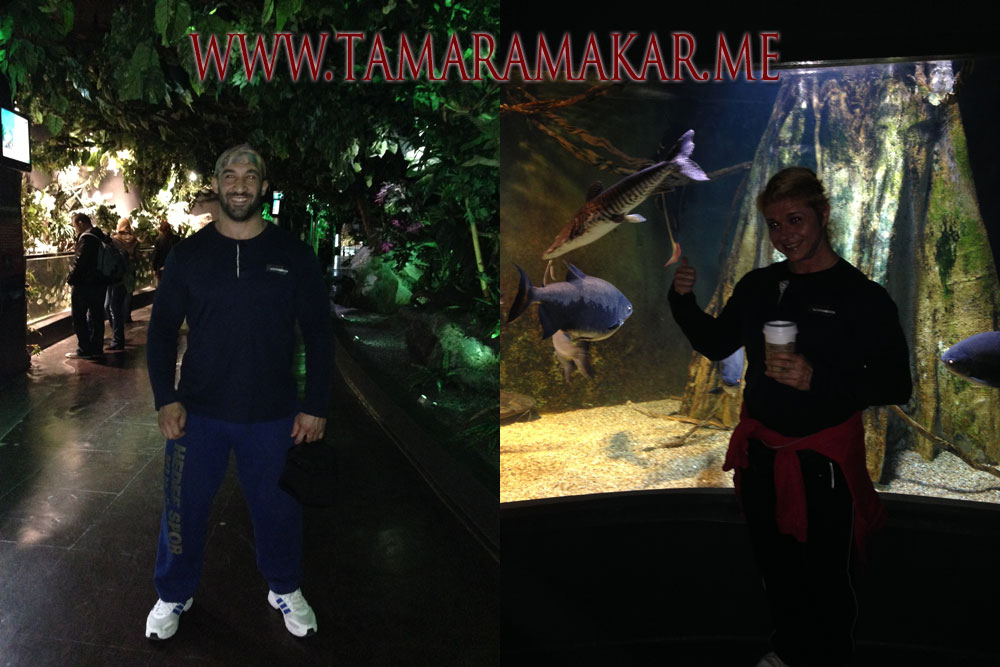 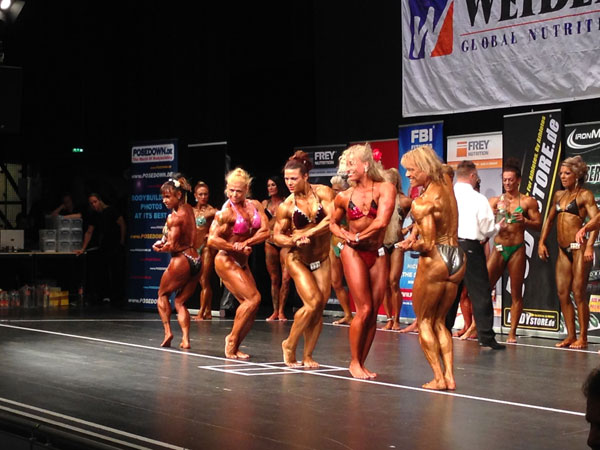 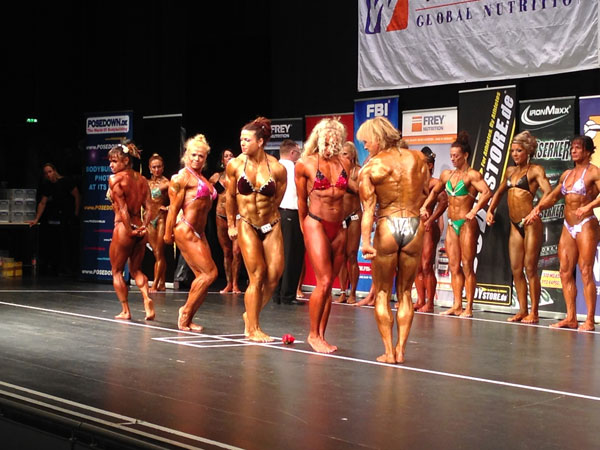 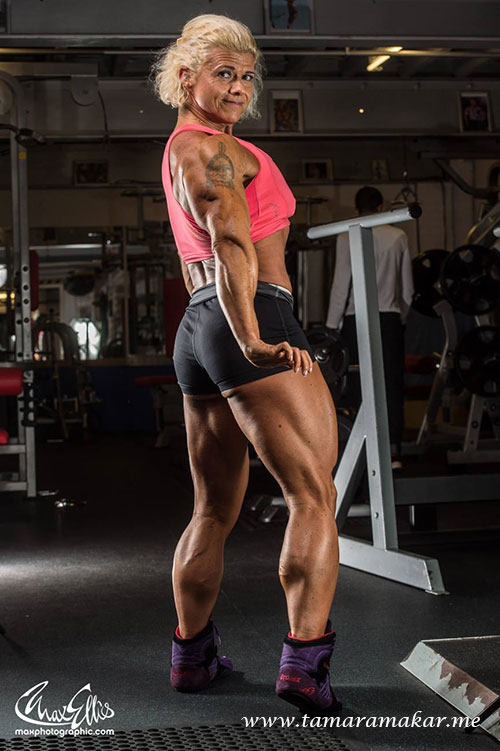 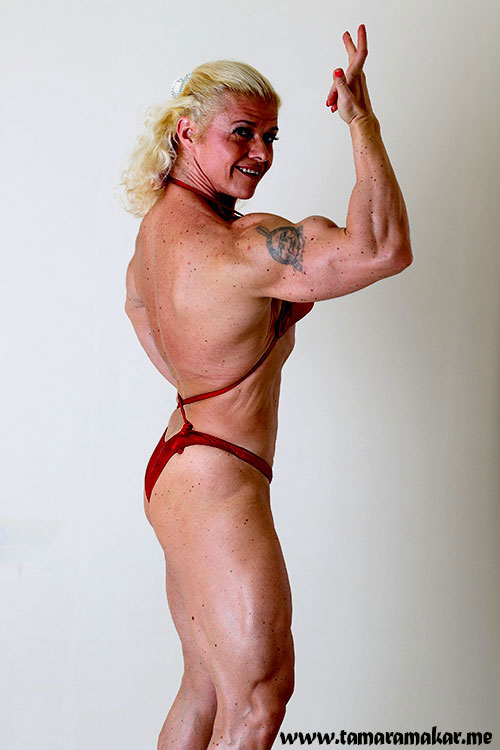 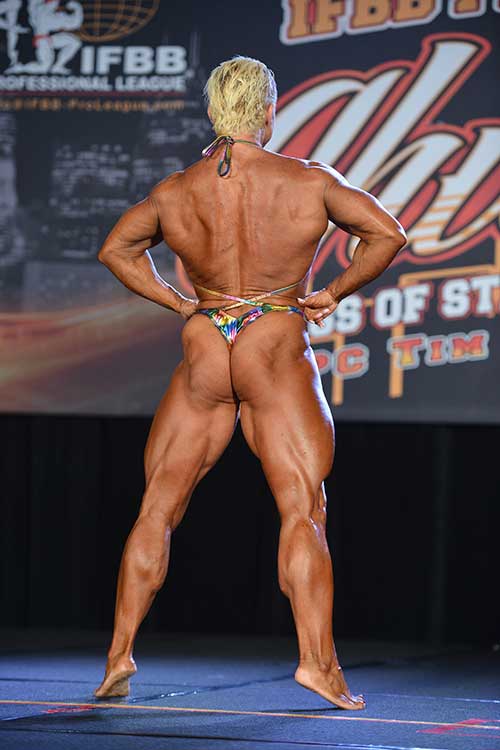 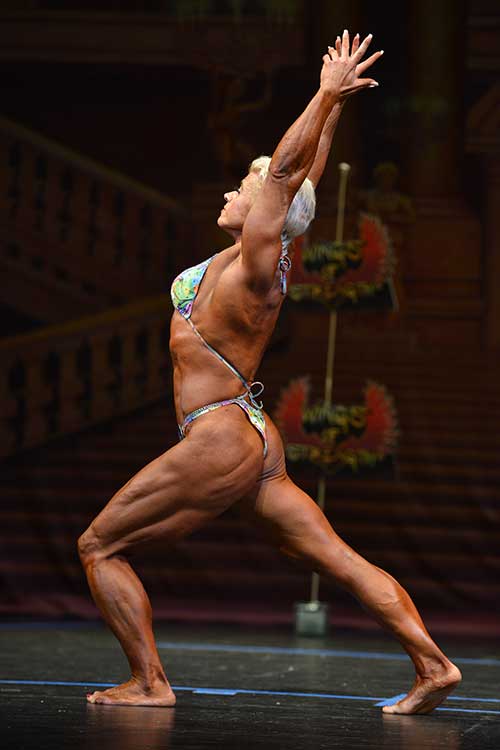